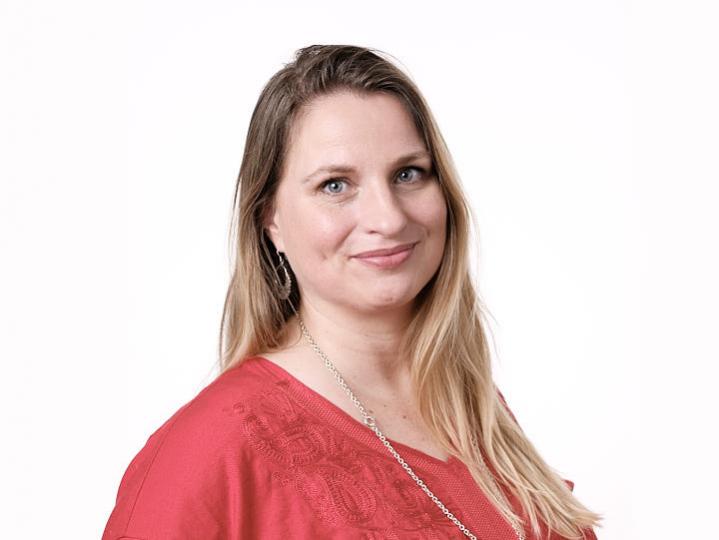 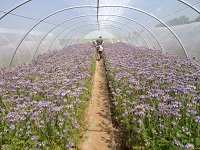 Healthy honey bee colonies of appropriate size should be produced at the same time so that the colonies are as uniform as possible. The quantity of food stores within the hive at the beginning of a study should be kept at a minimum to ensure larvae being fed by contaminated food. This results in a maximum exposure of ppp`s to the bee brood.

Only formulated products are tested and should normally be applied at the highest field rate intended for the registration of the product in order to produce a worst-case exposure of the bees.

Each test should include 3 treatment groups with at least three replicates:

The honey bee colonies are initially placed in tunnels (ca. 80 m2 crop size) containing an attractive flowering crop (e.g. Phacelia tana­cetifolia). The bees are acclimatised in the tunnels for at least 3 days. Before the application day one brood comb with an appropriate amount of eggs is taken out of each colony and a digital picture of the comb is taken for the bee brood assessment (=BFD0; Brood Area Fixing Day). An area with at least 200 cells containing eggs are selected and marked by using a computer assisted digital program.

Following BFD0 the test and reference item as well as the water control are applied to the flowering crop via spray application during bees actively foraging on the crop. For each subsequent brood assessment (BFDn) again the previously observed comb is taken out of the hive and another digital photo is taken in order to follow up the progress of the initial marked cells. This procedure is repeated in regular intervals (BFDn = 5, 10, 16, 22 days ± 1 day) until a full development of a bee is completed (e.g. 21 days). This allows a continuous photo-documentation following the first brood fixing day until the end of the assessment period (see table 1).

After 7 days of direct exposure of the colonies to the treated crop, the bee colonies are removed from the tunnels to an area with no main attractive crops. The full testing period is 28 days following BFD0. 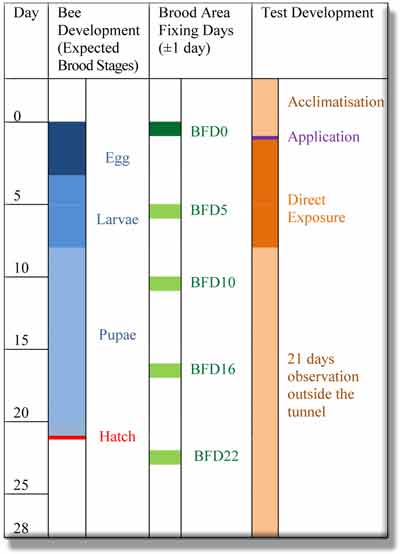 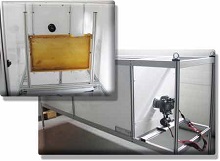 For this purpose on each observation day the observed brood comb of a hive is reversibly positioned in a special constructed light box and a digital high resolution image is taken of the comb with a digital camera. Using an image analysing software for bee brood analysis (HoneyBee Brood Logger Software, supplier: WSC Scientific GmbH) it is possible to choose a high number of brood cells and to assess their development on the brood stage observation days given by table 1. Figure 1 shows an example of an image gallery of cells and their respective brood observation days +5, +11, +15 and +22. Their assessed brood stages  are egg (BFD0), old larva (BFD5), pupa (capped cell) (BFD11 and BFD15) and empty cell or containig pollen (cell 7) (BFD22). All cells succesfully developed and hatched after 22 days.

According to regulatory requirements residue studies may be required to determine residue levels in: